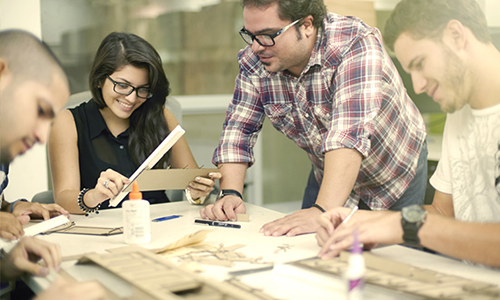 Admission requirements: the introduction of the student in an exercise of disciplinary excellence within a highly competitive academia.

It is a full compromise towards the profession and towards the forging of a superior architect, capable of bettering our citizens’ quality of life, Puerto Rico’s Pontifical Catholic University at Ponce Bachelor’s Degree in Architecture Program, sets up a rigorous process of selection of its academic enrollment. This will respond to the level of difficulty, complexity and obligation, inherent to the practicing of the discipline and to the teaching on a higher education level. An admission Committee, chosen from the administrative personnel, will be appointed to undertake the admission application evaluation and the interviews with the candidates in an impartial and professional manner.

The reason for this admission rigidity is due to the limited space available (120 acceptances per year) and in part because applications will be processed only once a year (towards the fall semester). Also, the existing demand to undergo studies in architecture exceeds the actual offer, what reigns the need of undergoing a scrutiny when selecting the candidates to join the program. Here we present the requirements towards the admission to the Architecture program.

It will be considered as a new student all who has obtained a high school diploma and/or that who has attempted less than twenty-four (24) credits at a higher education accredited institution.

The requirements are as follows:

All applicants with twenty-four credits or more form an accredited higher education institution will be considered Transfer Students. The requirements are as follow:

All applicants who have obtained a university degree from a higher education duly accredited institution will be considered Graduate students. The requirements are as follow:

In order to be considered for admission, ALL non-citizen and/or non-resident students must:

Once admitted, the student must comply with the requisites of the U.S. Immigration and Naturalization Service Office:

All applicants who have previously attended the Pontifical Catholic University of Puerto Rico will be considered Re-admission students. This is applicable to students applying for a change of major and for those who have completed a professional degree and wish to pursue studies with a new degree. The requirements are as follow:

The Dean of the School of Architecture will evaluate all transfer and new admissions applications with approved university credits to determine the courses that can be accredited.

These classifications and/or requirements correspond to that established in the Institutional Catalogue of the Pontifical Catholic University, except the following:

With a population of approximately 200,000, Ponce is the largest city in southern Puerto Rico, and second largest city in the island. It is known as “La Perla del Sur” (pearl of the south) due to it’s impact and its protagonical influence on the region. As the economic and cultural bastion of southern Puerto Rico, Ponce has had to adopt a leading role in the regions development. In recent years, Ponce’s prominence within the region has once again brought forth great potential for further development. The advent of the creation of the Port of the Americas has empowered Ponce and the southern region with potential beyond the typical. Capitalizing on the global aperture that offers the Port of The Americas requires an all access strategy to the principal players of the Southern Region.  From the academic perspective and of a School of Architecture, this strategy shall be propelled in an innovative way, looking to establish multisectorial praxis, where the Academy, the Industry, the Government and civilian society shall collaborate in its implementation, evaluation and calibration.  Pontifical Catholic University has as its goal to establish an academic paradigm that allows reaching the cultural pith undertaking the social transformation of the region, in other words, a paradigm that will take us from the Port to the Network of Global Access.

The School of Architecture adopts the concept of Regional Empathy as the ethical backbone of its academic, social, cultural and economic proposal for the southern region of Puerto Rico.  Asserting Regional Empathy will be the vertebrae of economic growth for global markets and networks that will be developed through the Port of The Americas, one of the biggest projects within Puerto Rico, and a potential catalyst for economy, culture and regional development.  Encouraging Regional Empathy will assure the healthy evolution of our culture in a global exchange context. Culture conceived as the civic and epistemic organizer of the society, like the quarry of wealth, heap of experiences and knowledge.

The Ponce Historical Center has provided the School of Architecture with an ideal venue for the postulation of its vision and the contextual basis for the advancement of its innovative academic program. The Forteza building, located within Ponce’s main plaza (Plaza Las Delicias), provides students and faculty with a true grasp of the urban condition that makes Ponce aunique place. The School of Architecture is bound by historical buildings and a myriad of governmental, cultural, social, economic and social structures that are capable of providing our students with a wealth of intellectual, professional, and intellectual capability. It will also exhacerbate our faculty’s ability to provide accesible and contextual information within the School’s physical context.

The School of Architecture is conceived as an Urban Laboratory where the meticulous study of the city, the territory, the ecosystem is part of the academic and research agenda.  The pragmatic knowledge of the city and the region as an ecosystem in which economic, socio-cultural and political complexities are intertwined is essential in order to obtain the data and intelligence necessary to evaluate the effort and compete.  It is an eco-systemic knowledge of all the components of the territory, natural, infrastructural, legal, social, politic and economic; in short, a pragmatic knowledge.

The pragmatic knowledge of the city and the region has to occur in a new academic stage.  An Urban Laboratory that derives new methodologies, new technologies, new models and visions to develop the Southern Region is necessary to provoke the pertinent changes and orthodox mentality that dominates the State and the traditional Academy.  In going into competing globally, it is necessary to instill in the territory new characteristics, attitudes and models of operating locally and internationally. 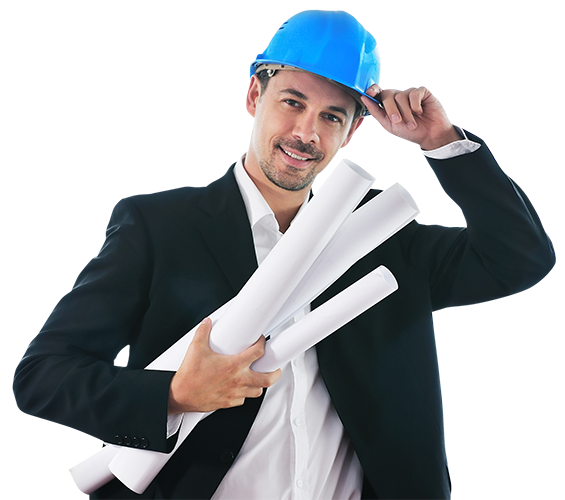